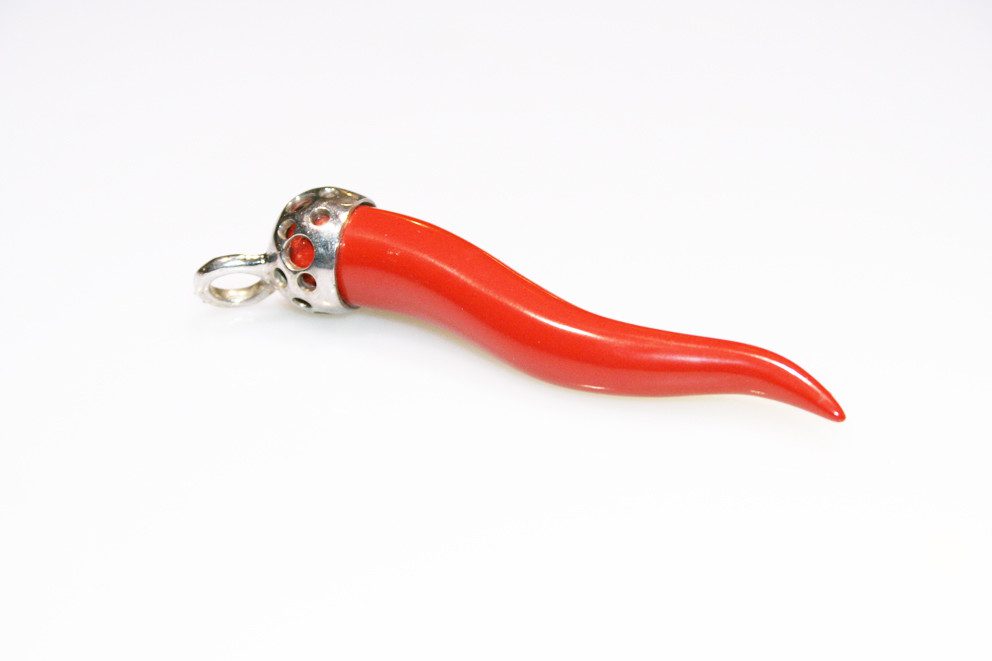 In Napoli you will see a lot of what look like red chili peppers. Each is actually a horn, corno in italian, designed to ward off the Evil Eye and bring good luck. The origins of this amulet are lost in the mists of time: since ancient times, the horn was a symbol of power and fertility. But to be really magic and keep spirits away, the neapolitan curniciello has to be realized according to a few but necessary rules. First of all, it must be red, the traditional color of fortune, and made of coral wish is a precious material having special powers to chase away evil. It has to be crooked and pointed. Last but fundamental rule is that the horn must not be bought, but received as a present in order to truly bring good luck. 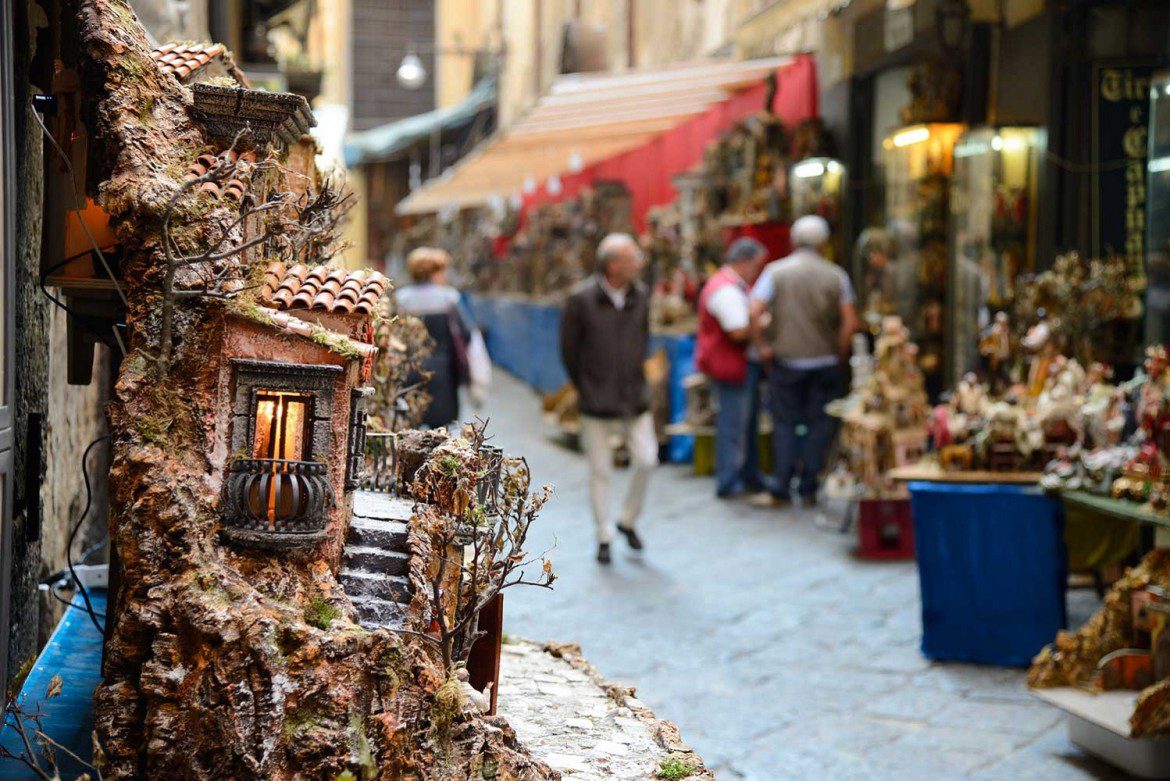 It is one of Naples’ most famous streets, thanks to the presence of artisan workshops dedicated to the art of representing the Nativity Scene. Especially during the period that precedes Christmas, San Gregorio Armeno, that is  located in the heart of the historic center, becomes the most characteristic street in the city. In fact, the whole area is crawling with stands, shepherds and decorations in order to show the amazing skills of local artisans. As you walk, you will see statuettes whose appearances do not exactly recall the Christmas theme. Shepherds often embody characters from the television, political or Star System worlds and the care for details is almost extreme. As a matter of fact, the perfection of the faces and the magnificence of details characterize every single statuette and they are a real source of pride for the local artisans.

The Neapolitan nativity scene is characterized by the coexistence of sacred and profane elements. The birth of Jesus is usually set in the eighteenth century, in a context where baroque taverns and scenes of everyday life merge with the classic characters of the Nativity. Some of the shepherds that are habitually placed in the so-called ‘presepio’ are: Benino, a sleeping shepherd placed on a hill, a woman with a baby and the bagpipers, who are usually located near the cavern, and the ‘ciccibacco”,a robust boy sitting on a barrel of wine near the tavern. As time passed by, many characters have been added, which represent different rituals and traditions. For this reason, the Neapolitan Nativity Scene is not considered just a religious symbol, but also the milestone of an entire population.