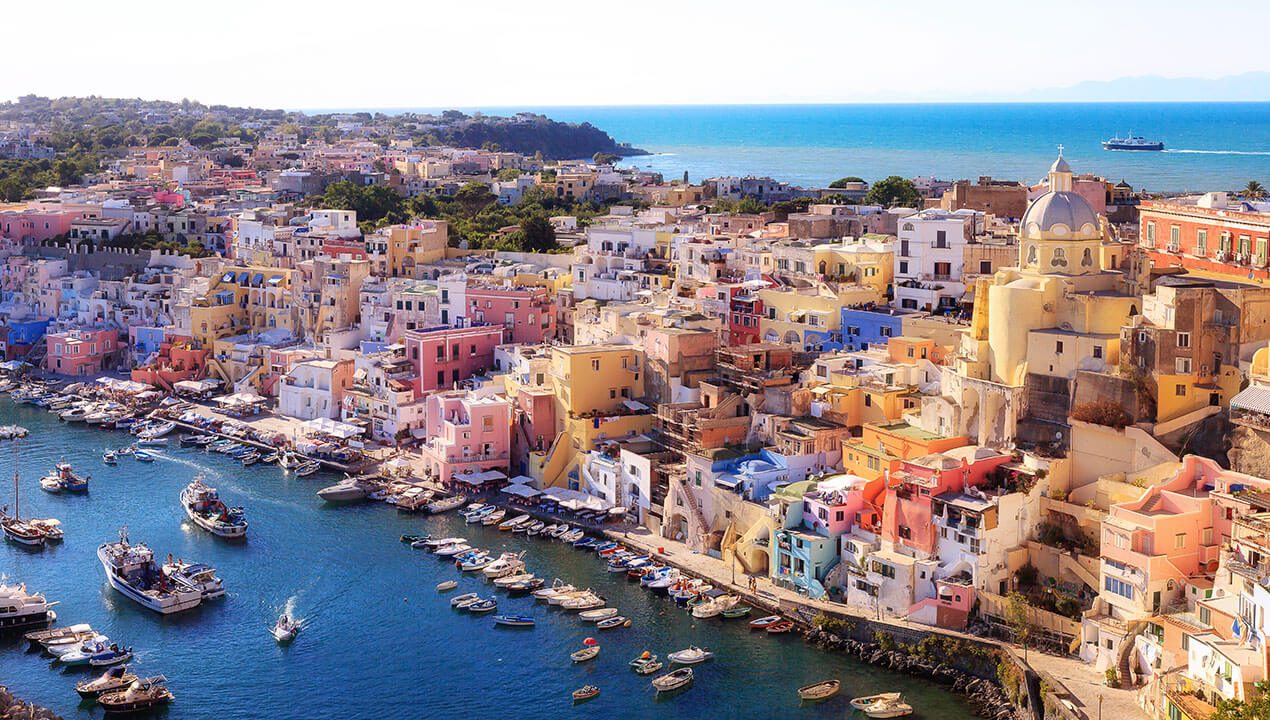 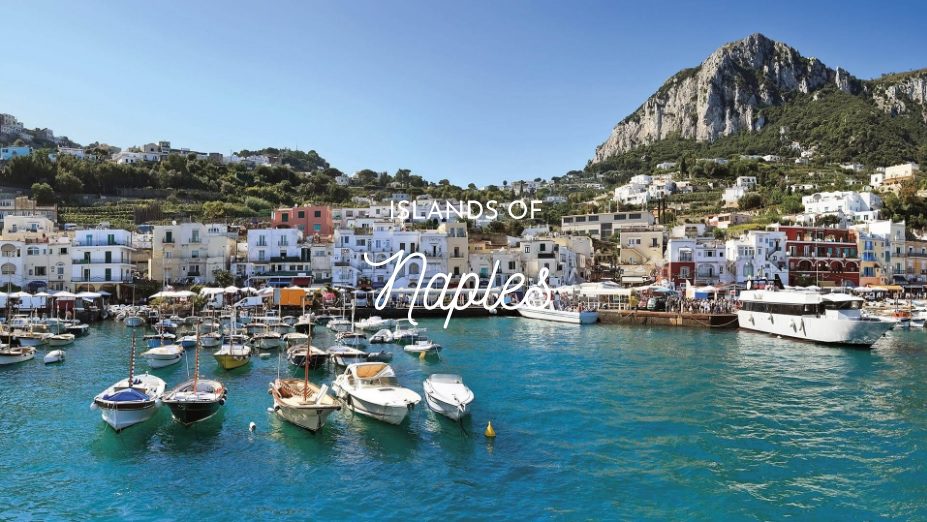 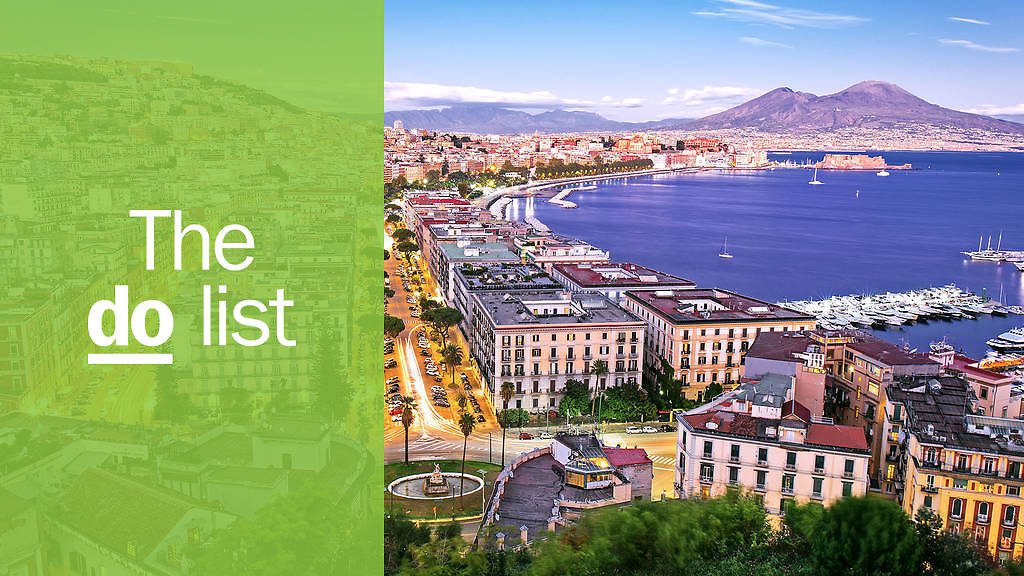 Naples is one of Europe’s largest and oldest cities. It’s a chaotic, surprising and intense place stuffed with character; modern life and history clash on every street. More so than any spot in Italy, your mantra whilst there will be eat, pray, pizza (and football), sleep, repeat. With sunny islands, ancient history, beaches and a volcano, there’s enough here to fill an entire summer break—especially as you’re likely to lose track of time while wandering through ramshackle alleyways stuffed with the world’s best pizza.

Best things to do in Naples

What is it? You know about Pompeii already, of course, but it’s genuinely overwhelming
in real life. Its perfectly preserved streets manage to remain eerie despite rivalling the footfall of Oxford Circus on a Saturday.
Why go? Always good to have a reminder that humans are ultimately at the mercy of Mother Nature. Few things say carpe diem like the plaster cast of a corpse who was looting a jewellery shop.

What is it? Pompeii may have got all the glory but nearby settlement Herculaneum also got completely engulfed by lava, and revealed even better-preserved scenes of everyday Roman life. A row of 12 boathouses, for instance, which were excavated in the 1990s, turned out to be the final hiding place of more than 300 people.
Why go? Though still popular with visitors, you get a bit of personal space at Herculaneum. All the better for getting to grips with the astonishingly old suburbia you’re exploring.

Pay respects to the pizza gods at Sorbillo

What is it? One of the few things that all Neapolitans can agree on is that they make the best pizza. You can get the signature chewy, crispy dough all over town but you have to start somewhere, and that should probably be La Pizzeria Sorbillo.
Why go? Gino Sorbillo’s dad was one of 21 siblings, all of whom were pizzaiolo. His dough is totally trad but – very unusually for Italy – he messes with convention on the toppings.

What is it? Like a meeting post for the young and thirsty of Naples, this bar-lined square bubbles over with students, locals and tourists come aperitivo time (and beyond). There are also some ancient ruins left casually unprotected in its centre.
Why go? The walls at Intra Moenia are covered with rows and rows of vintage postcards and curios. Buy one to send home then claim a table outside to sit back and sip while the crowds gather.

What is it? Popular with everyone from local workmen to holidaying hipsters, Caffè Mexico in Piazza Dante is the best coffee bar in town. Stop in for an espresso, which in Naples generally comes sweetened unless you demand otherwise.
Why go? Its sunny yellow awning and bright orange espresso machine will perk you up as much as the caffeine does.

What is it? A world-class museum of modern art that’s named after the gothic fourteenth-century church that sits within its walls. Museo d’Arte Contemporanea Donnaregina’s beautiful main building holds site-specific works by Jeff Koons, Anish Kapoor and many other superstars of the visual arts.
Why go? You might, at some point, want to gaze appreciatively at something that’s not older than Italy itself.

What is it? It’s not just pizza that Neapolitans nail. This seaside city is awash with fantastic seafood, and Mimì alla Ferrovia is a great place to eat a load of it. As well as traditional food done right this local favourite also boasts excellent house wine and staff who could moonlight as Naples tour guides.
Why go? One of the restaurant’s many famous customers was legendary tenor (and food enthusiast), Luciano Pavarotti.

What is it? Beneath the heat and bustle of Naples’ streets is an old quarry that became a burial site in the seventeenth century when a plague took out 250,000 of the city’s residents. Though the Fontanelle cemetery’s piles of bones are undeniably unnerving, the local tradition of caring for a lost soul’s skull lends the place a very spiritual feel.
Why go? Watch for the odd Italian nonna on her way to tend to her designated skeleton in the hope of releasing its soul to heaven in return for a wish.

Get a breath of sea air on the Lungomare

What is it? A 2.5km strip of pedestrianised road that runs along the seafront, providing the perfect stress-free route for a stroll. Stop for lemon granita at the beach kiosks, claim a rock to sunbathe on or stop for a sundowner.
Why go? The views of Mount Vesuvius, Capri and Naples itself are spectacular. Add in a colourful sunset and it could be a Studio Ghibli set.

What is it? Over in the west of the city a spacious piazza is home to the almost brutalist-looking facade of a church called Gesù Nuovo. Its ridiculously opulent interiors will have you wondering whether it wasn’t only Lawrence Llewellyn-Bowen’s hair that was Jesus-esque.
Why go? Learn more about Dr Giuseppe Moscati, who dedicated his career in the early nineteenth-century to healing the poor. Thanks to a miracle or two he was made a saint in 1987.

Watch a match at the San Paolo Stadium

What is it? The only belief system to rival that of the church in this town is football, and its much-loved poster boy is Diego Armando Maradona. Go to San Paolo Stadium to watch SSC Napoli and you’ll likely be rewarded with a world-class match; they play in Italy’s top league, Serie A.
Why go? When surrounded by 60,000 fans all chanting for a common goal you’re guaranteed goosebumps. Remember to make the pilgrimage to Bar Nilo afterwards to visit the reliquary containing a strand of Maradona’s hair.

Take the funicular to Castel Sant’Elmo

What is it? Though you’re not likely to need the metro during your visit, it’s worth seeking out the funicular lines that shunt residents up to the hilly suburbs. Their colourful carriages are used by 10 million passengers per year.
Why go? For the panoramic views from the top. Take the line from Montesanto to Morghen then walk to the medieval Castel Sant’Elmo. The tangle of Naples city centre’s buildings is framed by the sea on one side and Vesuvius on the other.

Take a boat to Procida

What is it? Of the Bay of Naples’ three islands, it’s Capri that is most ridiculously beautiful, but that also means it’s constantly smothered in tourists. Ischia offers thermal spas, but it is Procida’s charming colourful houses and cobbled streets that make it the off-the-radar offshore choice.
Why go?  Procida seems to want to keep its secret to itself, although it’s popular with napoletani looking for a summer escape from the steaming, chaotic city. .