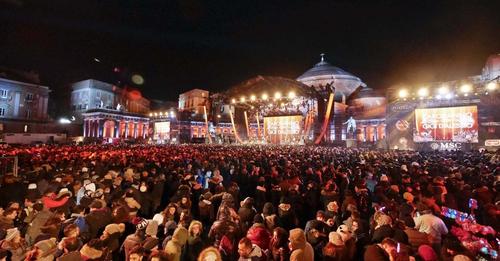 The unmissable concert in Piazza Plebiscito, but also theater, music and art, there are so many opportunities to celebrate the new year in Naples.

Tribute to Pino Daniele
On December 29th at the Galleria Umberto I there will be a tribute to the great artist Pino Daniele, by his son Alex Daniele, with audiovisual installations and performances by emerging artists who will interpret the songs from the album Nero a Metà. The same evening the National Prize of the arts will be awarded with the Italian Conservatories and Academy of Fine Arts.

Street artists in the city
On 30 and 31 December, numerous events will be held in the city with street artists, performing arts, music performances and acting. The Rkomi concert is scheduled for Friday 30, while on the 31st, at the Palavesuvio in Ponticelli, the Scarlatti Young orchestra will perform.

Fireworks
The real protagonists after midnight will be the traditional fireworks at Castel dell’Ovo. The evocative show usually begins around 01:30 and ends half an hour later, at 02:00, as always leaving the thousands of people who will watch from the Lungomare or from other higher up locations.

Christmas in Naples at the Court of Charles of Bourbon
On January 1, a show curated by Maestro Roberto De Simone will be held to begin the year in which the extraordinary composer’s 90th birthday falls in his name. Scheduled in the Basilica of San Domenico Maggiore at 17.30. 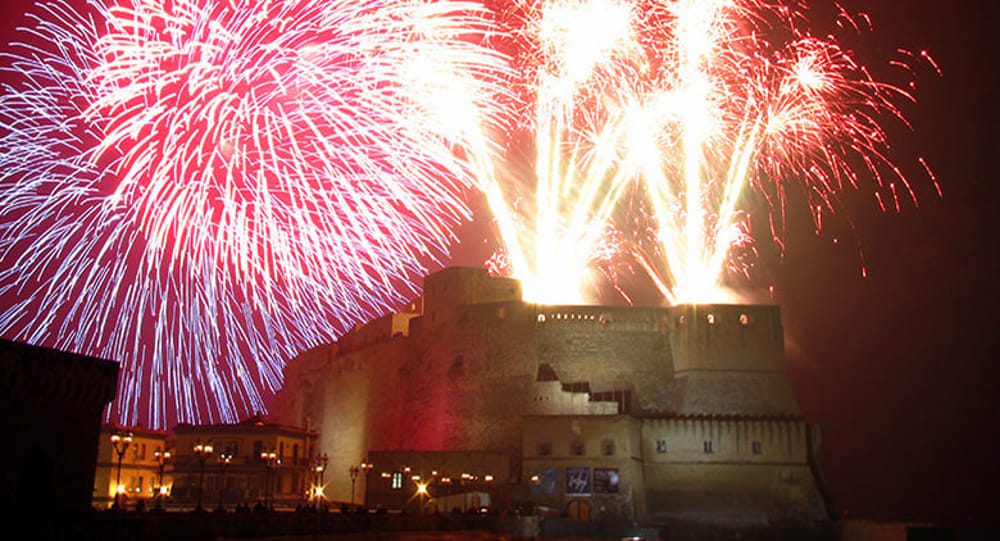 May this year bring new happiness, new travels, new goals, new achievements and a lot of new inspirations of your life.
Wishing you a 2019 fully loaded with love.