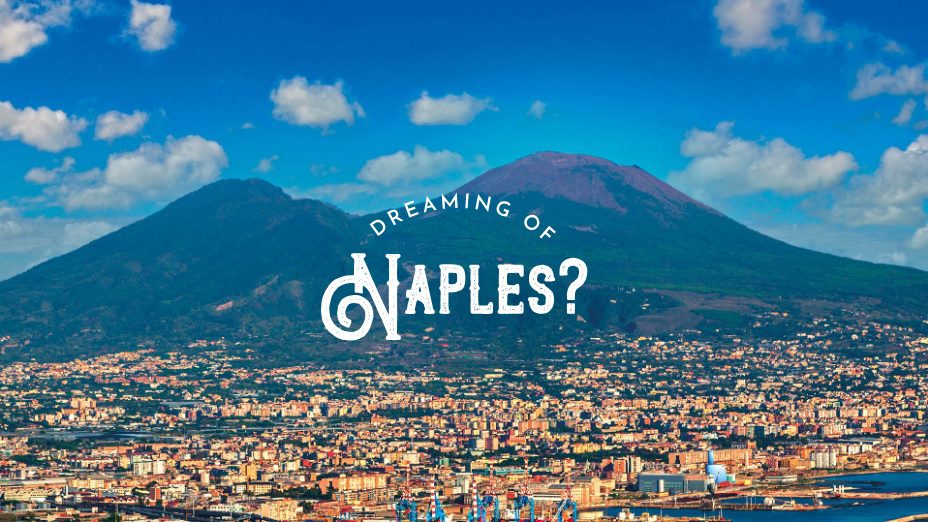 Naples lives on its traditions, legends and popular beliefs. On its stories, which have been told for centuries and which every good Neapolitan truly believes. To feel like citizens of Naples, you cannot do without listening to these evocative stories, the stories that come from our past.

Naturally, Naples offers a lot of interesting places to see and visit, but it is also fun to get away from the usual routes and devote yourself to the most interesting things to do in Naples today. Put yourself in the shoes of the Neapolitans and live in first person the most intriguing Naples attractions and experiences connected to what has always accompanied the spirit of these people: tradition, charming popular beliefs and religious fervor (a religion that includes football, as Naples has had Maradona, the hand of God).

The purpose of this game is managing to go between the equestrian statues in the center of the square, sculpted by Antonio Canova and depicting Charles III of Bourbon and Ferdinand I of the Two Sicilies (the statue of the latter monarch is attributed to Antonio Calì). Rules of the game: close your eyes or wear a blindfold. Procedure: starting from the gate of Palazzo Reale, walk straight for about 170 meters. Do not be surprised if, on opening your eyes, you realize not only that you have not managed to cross the space between the two statues, but that you are somewhere else entirely. According to legend, it is all Queen Margherita’s fault: she is said to have granted a pardon to the prisoners of the Kingdom who passed this test, however, a curse launched by the Queen herself prevented the competitors from being successful. As a matter of fact, the particular conformation of the square, with its surface of not perfectly linear cobblestones, hinders walking in a straight line, making this a very difficult thing to do in Naples with kids, especially during the night.

A symbol of Neapolitan generosity, the suspended coffee is a custom born in Naples after the war, when in a period of great crises, the solidarity of the Neapolitans became more intense. Upon entering a bar, people paid for two espressos, one for themselves and one for those who wanted one, but who could not pay for one. A tradition that is still perpetuated and that has given rise to a blueprint of supportive purchases even outside the Neapolitan borders and in other contexts: books, clothing, and food.

What a beautiful thing is a day at the Gaiola

In front of the Posillipo hill, the Gaiola emerges: it is an islet that is part of the protected marine area Parco Sommerso della Gaiola, which can be reached on foot from the Marechiaro village. This Naples attraction is wrapped in an aura of mystery and sinister legends that have developed since Roman times: the Neapolitans suggest that it brings “jella” (bad luck), but they continue to go there assiduously. In fact, the island is enchanting and it is worthwhile forgetting about the rumors and diving into the crystal-clear water, admiring the seabed and the underwater treasures.

Adopt a capuzzella at the Fontanelle Cemetery

This is one of the most typical things to do in Naples: the Fontanelle Cemetery, within a tuff quarry in the Rione Sanità, was the common grave of the plague victims of 1656 and of those who died in the cholera epidemic of 1837. Don Gaetano Barbati placed here the skulls and bones of the victims, who became to the people “pezzentelle”, abandoned souls, stranded between the earth and the afterlife. It is a place of great passion and devotion, where the Neapolitans come to adopt a capuzzella (skull); they give it a name, light a candle, and venerate it in exchange for a favor or a lucky number to play in the lotto. And if the favor is not granted? You change capuzzella!

Between 1984 and the early 1990s, at every soccer game played at home, the San Paolo stadium the stands would shake, and a roar welcomed the entry onto the field of Diego Armando Maradona. It is difficult to explain what the Argentine phenomenon meant for the city of Naples and its citizens. The golden boy has enchanted the Neapolitans to the point of being almost sanctified; many were the children born in those years who were baptized as Diego, and the whole city is plastered with posters, murals, and small altars dedicated to him. But the best known niche is that of Piazzetta Nilo, on the façade of the bar named after the square: it holds a precious lock of the champion’s hair, some images, and the advice to stop and have a coffee to be told the anecdote of Maradona’s hair by the bar owner.