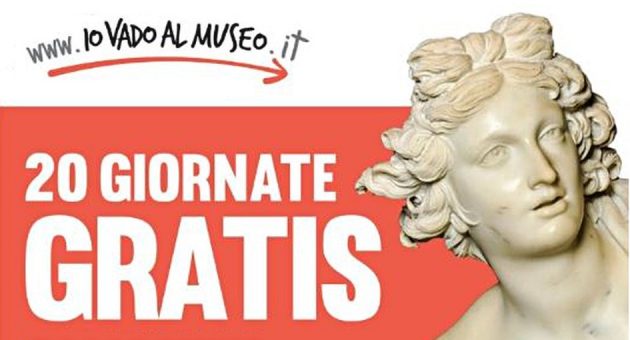 Fancy a few hours in the National Archaeological Museum, a stroll round the Caserta palace or catching the view from the Certosa di San Martino? Next week you can visit them all for free.

Scores of state-owned attractions across Italy will waive their entry fees from March 5-10th as part of an initiative to make the country’s most precious heritage available for free on 20 days each year.

Culture Minister Alberto Bonisoli has declared next Tuesday to Sunday “Museum Week”, meaning that locals and tourists alike have six days to visit some of Italy’s most famous museums, galleries and archaeological sites without paying a cent.

Some of the best-known attractions participating include the Museo e Real bosco di Capodimonte and Palazzo Reale, the ruins of Herculaneum – as well as its treasures in Naples’ Archeological Museum – the Complesso dei Girolamini and all the various villas of the ruins of Pompeii. Find a full list here.

The initiative replaces Italy’s “free museum Sundays”, the scheme that saw museums open for free every first Sunday of the month. Under a new decree that takes effect this week, Italian state museums will instead offer six free Sundays between October and March, eight free days of their choice and six during Museum Week.

Culture Minister Alberto Bonisoli says the new system should help reduce the long queues and oppressive crowds that typically gather at Italy’s most popular attractions every first Sunday of the month. Sites might choose to offer free entry on a weekday afternoon instead of at the weekend, for instance, to help them manage visitor numbers.

In addition, people aged 18-25 will be able to visit state-owned attractions at any time they choose for the reduced price of just €2.

Bonisoli has said that he wants to add even more free days in future, hinting that there could be two Museum Weeks a year from 2020.