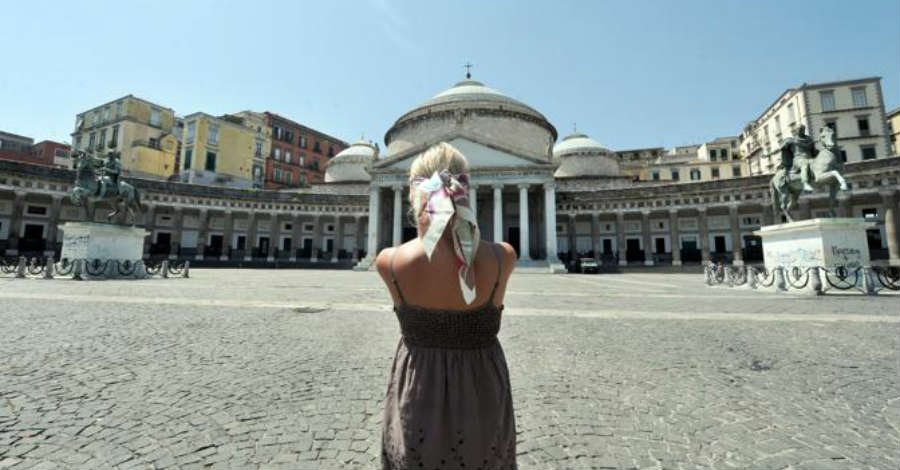 The purpose of this game is managing to go between the equestrian statues in the center of the square, sculpted by Antonio Canova and depicting Charles III of Bourbon and Ferdinand I of the Two Sicilies.

Rules of the game: close your eyes or wear a blindfold. Procedure: starting from the gate of Palazzo Reale, walk straight for about 170 meters. Do not be surprised if, on opening your eyes, you realize not only that you have not managed to cross the space between the two statues, but that you are somewhere else entirely.

According to legend, it is all Queen Margherita’s fault: she is said to have granted a pardon to the prisoners of the Kingdom who passed this test, however, a curse launched by the Queen herself prevented the competitors from being successful.
As a matter of fact, the particular conformation of the square, with its surface of not perfectly linear cobblestones, hinders walking in a straight line, making this a very difficult thing to do in Naples with kids, especially during the night.